The Blood and the Name of Jesus

And at the end of eight days, when he was circumcised, he was called Jesus, the name given by the angel before he was conceived in the womb (Luke 2:21).

Now the birth of Jesus Christ took place in this way. When his mother Mary had been betrothed to Joseph, before they came together she was found to be with child from the Holy Spirit. And her husband Joseph, being a just man and unwilling to put her to shame, resolved to divorce her quietly. But as he considered these things, behold, an angel of the Lord appeared to him in a dream, saying, “Joseph, son of David, do not fear to take Mary as your wife, for that which is conceived in her is from the Holy Spirit. She will bear a son, and you shall call his name Jesus, for he will save his people from their sins.” All this took place to fulfill what the Lord had spoken by the prophet:
“Behold, the virgin shall conceive and bear a son,
and they shall call his name Immanuel”
(which means, God with us). When Joseph woke from sleep, he did as the angel of the Lord commanded him: he took his wife, but knew her not until she had given birth to a son. And he called his name Jesus (Matthew 1:18-25). 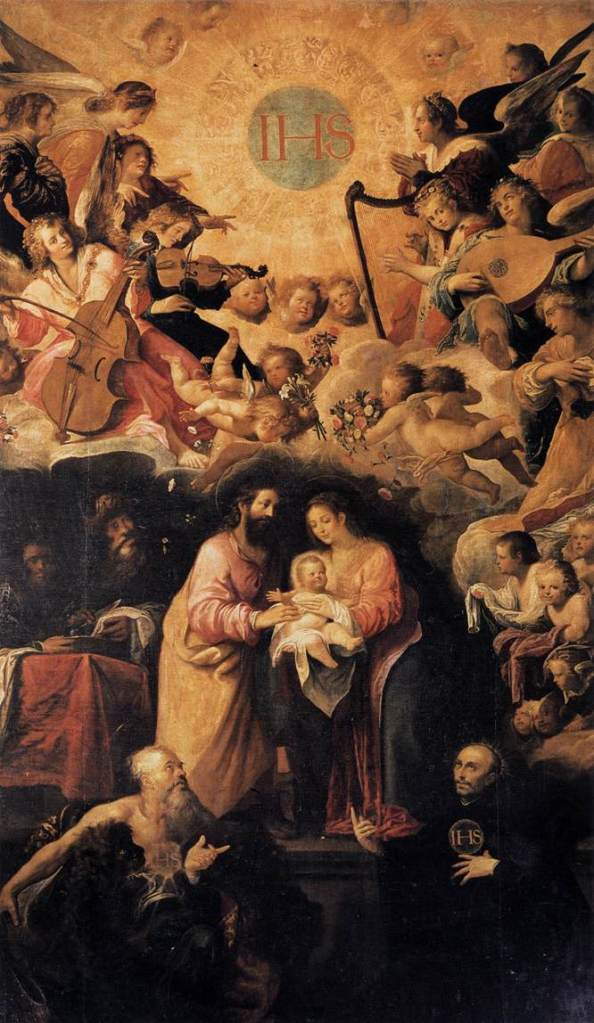 January 1 is a day of new beginnings. In western culture, we begin a new year. On the traditional church calendar, it is the eighth day of Christmas, celebrating yet another new beginning in salvation history.

On the eighth day since the birth of Jesus, we commemorate the circumcision of Christ, at which time He was formally given the name “Jesus.” On the eighth day, Jewish boys would be circumcised (Leviticus 12:3), and it is during this ceremony that the baby received his name. One can essentially say that Jesus shed His “first blood” at that time. James Keifer writes:

On January 1st, we celebrate the Circumcision of Christ. Since we are more squeamish than our ancestors, modern calendars often list it as the feast of the Holy Name of Jesus, but the other emphasis is the older. Every Jewish boy was circumcised (and formally named) on the eighth day of his life, and so, one week after Christmas, we celebrate the occasion when Our Lord first shed His blood for us. It is a fit close for a week of martyrs, and reminds us that to suffer for Christ is to suffer with Him.

Since commercialism tends to silence the spiritual aspects of Christmas, few of us give serious thought to all twelve days. Therefore, January 1 becomes a secular holiday and we overlook the message of Christ’s circumcision. As He receives “the name that is above all names,” He sheds His blood for the first time: a foreshadowing of the fulfillment of His mission to save us from our sins and of His eventual glorification:

Have this mind among yourselves, which is yours in Christ Jesus, who, though he was in the form of God, did not count equality with God a thing to be grasped, but emptied himself, by taking the form of a servant, being born in the likeness of men. And being found in human form, he humbled himself by becoming obedient to the point of death, even death on a cross. Therefore God has highly exalted him and bestowed on him the name that is above every name, so that at the name of Jesus every knee should bow, in heaven and on earth and under the earth, and every tongue confess that Jesus Christ is Lord, to the glory of God the Father (Philippians 2:5-11).

Instead of clinging to His divine majesty, Jesus took on human flesh, lived a life that was in many ways quite ordinary, so that he could live, suffer, and die as one of us. This is the essence of His entire incarnation and of the Gospel.