“Just so, I tell you, there will be more joy in heaven over one sinner who repents than over ninety-nine righteous persons who need no repentance” (Luke 15:7, ESV). 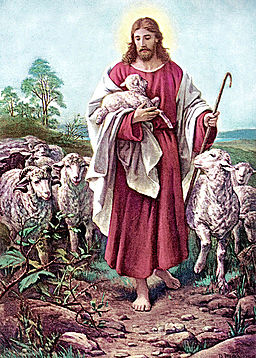 Luke 15 centers around three parables about repentance. Each story focuses on something or somebody that was lost, but which is eventually found. The most famous part of this chapter is the parable of the prodigal son (vv. 11–32). However, the parable of the lost sheep deserves special attention. This is the first parable in the series, when Jesus responds to complaints by religious leaders, who think it is inappropriate for Him to eat and drink with “sinners”:

“What man of you, having a hundred sheep, if he has lost one of them, does not leave the ninety-nine in the open country, and go after the one that is lost, until he finds it? And when he has found it, he lays it on his shoulders, rejoicing. And when he comes home, he calls together his friends and his neighbors, saying to them, ‘Rejoice with me, for I have found my sheep that was lost.’ Just so, I tell you, there will be more joy in heaven over one sinner who repents than over ninety-nine righteous persons who need no repentance” (Luke 15:4–7, ESV).

The story is simple enough: A man has 100 sheep. He loses one of them; most likely, the sheep has wandered away. Think about it, though: Is it worth the risk to look for that one sheep? It may already be dead, eaten by a wolf or another predator. Many more may wander off while he is looking for the lone sheep. Nevertheless, he goes off looking for his sheep, finds it, and then invites his neighbors to a party to celebrate the return of the lost sheep. (The party would probably cost more than the sheep would be worth.)

This is a picture of the grace of God. It is radical. It defies logic. It assumes a great risk when it seeks to save the lost. Most importantly, it cares about an unworthy individual.

Jesus tells us that there is more joy in heaven over one repentant sinner than there is over ninety-nine righteous people. God is not satisfied with those who are already following Him. He is seeking more lost souls to add to His kingdom and welcome into His family. When one child of God backslides, He is seeking to draw them back. No matter how many people are living in fellowship with Him and on their way to heaven, it is not enough.

No matter how far any of us may stray from Him, it is not far enough to draw us away from His care. Your sins are not bad enough to bring God’s love to an end. If you have strayed from Him, or if you have never entered a relationship with Jesus Christ, He still loves you; no sin will change that.

This parable also speaks against self-righteousness. The religious leaders, the Pharisees, were asking, “What kind of great religious leader spends time with people like these guys? Jesus, do you know what that guy over there does for a living? Do you know how many crimes that one has committed? Do you know what that one is smoking, or drinking? Do you know who that woman is sleeping with?” It does not matter to Jesus: He came to seek and save that which was lost. These are the people He came to receive: People who know they need forgiveness and salvation. He came for those who know that they deserve eternity in hell, instead of salvation and the love of God.

When Jesus speaks of the ninety-nine who have no need of repentance, it is sort of like a trick statement. Nobody is truly righteous. To another leader, Jesus would say “No one is good except God alone” (Luke 18:19). Romans 3:23 reminds us that all have sinned and fall short of the glory of God. So, in reality, we all need repentance. Some of us have been fortunate enough to realize that and come to Jesus already. Others need to repent of sins that have become socially acceptable, or that many churches think are “not so bad.” We may look good and moral to others, but we still need the grace of God.

It does not matter how far you have wandered, or in what kind of mire you have soiled your soul. Forgiveness is available. Jesus, the Good Shepherd, is seeking you. Run into His arms for protection and preservation. He is looking for a reason to celebrate.