“Behold, I will send you Elijah the prophet before the great and awesome day of the Lord comes. And he will turn the hearts of fathers to their children and the hearts of children to their fathers, lest I come and strike the land with a decree of utter destruction” (Malachi 4:5–6, ESV). 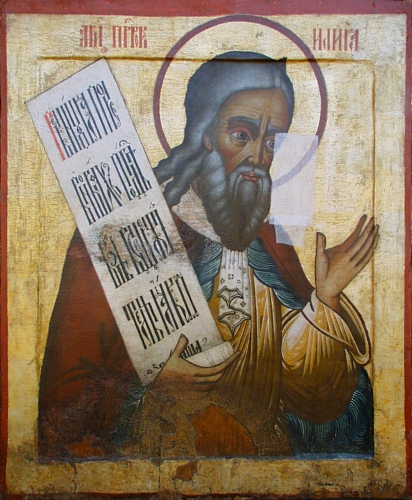 Elijah ascended into heaven, but his legacy remains. Few biblical prophets share his prominence. Although he did not write any of the books of the Bible, he is considered one of the greatest prophets in Judaism. Only Moses holds higher esteem. When Jesus was transfigured, Moses and Elijah appeared with Him (Matthew 17:1–8).

Many students of end-time prophecy believe Elijah will return during the great tribulation before Christ returns. They believe he and Moses are the two witnesses in Revelation 11, mainly because the miraculous powers listed in that chapter are similar to theirs. The fact that they have power to shut the sky to prohibit rain (Revelation 11:6) points to some connection with Elijah.

So, do we need the Elijah spirit today? Yes! Malachi 4:5–6 points out a major area where restoration is needed. This especially relates to Christianity in America.

We continue to see a radical breakdown of the biblical pattern for family, and Christians are often as guilty as the rest of society. Here are a few examples of this trend:

Let me emphasize that the final point refers to a general trend: Most single parents are doing the best they can. Many do a great job raising their children, and in some cases the children benefit (especially if one parent was abusive). Also, some people who grew up in seemingly healthy two-parent households end up making bad choices leading to addiction, crime, etc. Nevertheless, the statistics point to some disturbing cultural trends. A restoration of a biblical emphasis on family is necessary.

It is no accident that the Old Testament ends with a promise that Elijah will restore the relationship of fathers and children. Our society needs this restoration: Churches should empower fathers to take a more active role in raising their children. When a father is not present in the home, mature men of God can assume a greater role as mentors and role models. The decline of the family will affect society for generations to follow. Strong men of God should do their part to restore the family as the basic foundation of society.

In his time, Elijah stood up against the greatest sin in his culture: idolatry, from which numerous other evils sprang forth. The modern-day Elijah will have to stand against the modern-day idol of selfishness, which lies at the root of much of the family breakdown. It will require the moral courage of an Elijah, willing to stand even when he feels alone in the world; bold to defy the dominion of darkness that speaks through the voices of politicians, media, entertainment, etc. Without bold men and women of God, though, the future of the nation and society can be very grim.

One thought on “Modern-Day Elijahs IX: Fathers and Families”